A native of the Southeast, Andrew Olmsted was raised in Atlanta, GA and attended the College of Charleston after graduating as salutatorian of his high school class. While earning a B.S. in Marine Biology, Andrew completed independent studies on Coral Reef Ecology and the Formation of Carbonate Island Chains in the Bahamas. In addition, he taught oceanography to elementary-aged children and worked for a local aquaculture facility. Andrew currently serves as the Founder and Chapter President of the Seattle College of Charleston Alumni Association.

After graduating from the College of Charleston, Andrew moved to Alaska to work aboard commercial fishing boats in the Bering Sea. He worked as a subcontractor for the National Oceanic and Atmospheric Administration, where he documented catch efforts while monitoring crews for compliance with maritime laws and regulations. An illness in the family brought him back to Atlanta, where he managed a division of an environmental consultation firm which focused on water quality issues, shoreline restoration and sedimentation control. After developing an interest in the litigation behind many of his consultation projects, Andrew took a job at a leading Atlanta law firm before attending law school.

Andrew spent his first year of law school at Samford University before transferring to the University of the District of Columbia for its commitment to public interest law, equal access to justice and its renowned clinical law program. While in law school, he worked as a student attorney, successfully representing indigent clients in a wide range of legal issues. In addition, he served as an editor on his school’s law review and worked at the District of Columbia Council, where he drafted and analyzed bills and advised his Councilman on issues facing the Committee on Public Safety and the Judiciary. After graduating law school, cum laude, Andrew accepted a clerkship at the Supreme Court of Georgia, where he honed his skills digesting legal issues for his Judge and drafting judicial opinions. After his clerkship, Andrew moved to the Greenwood neighborhood of Seattle, where he currently resides. He is licensed to practice law in Washington State and before the United States Patent and Trademark Office.

In his free time, Andrew can be found skiing and working as a ski instructor throughout Washington in the winter or camping, spearfishing and kayaking around the Puget Sound in warmer months. 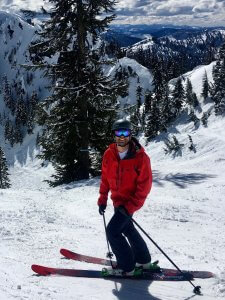